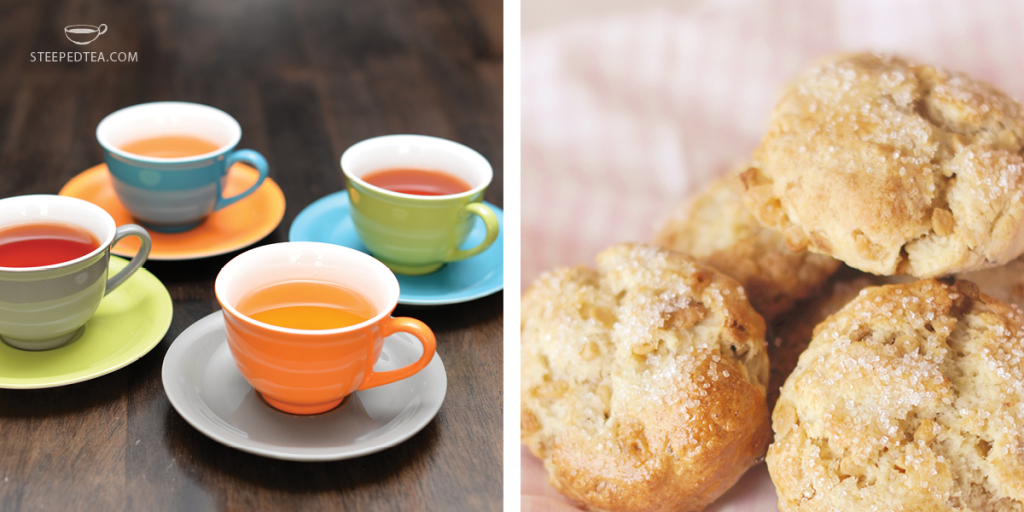 Have you ever wondered how they take their tea on the Emmy-nominated hit series Downton Abbey? While we might not all have a splendid tea parlor like the Crawley’s, we do have one thing right: LOOSE LEAF TEA! So what goes into a proper cuppa?

Once you’ve picked your classic black tea (Earl Grey de la Creme or English Breakfast) be sure to steep accordingly. If you like milk in your black tea, it is to be added in after the tea is done steeping, not before. Aristocrats were able to enjoy their tea in this way because they used fine bone china or porcelain. In-house workers typically used clay potter mugs which could not withstand the high temperatures of tea. To prevent cracks in their mugs, they would put the milk in first to act as a coolant. It was said that they could distinguish one’s social standing by whether they put milk in before or after the tea was poured.

The aristocrats of Downton were very elegant in how they took their tea and made sure never to splash while adding in the milk. To achieve this, they would not stir but instead move the spoon back and forth in a six to twelve o’clock motion. Once their milk was mixed in, they would then place the teaspoon at the back of the teacup saucer.

This tea is great in the morning or during the 4 o’clock tea time and is traditionally taken with a light meal. Common foods to eat with tea are scrumptious finger sandwiches and scones.

How would you dress for this party? Tell us on our Facebook Page!